THE 3 EYE HEROINE in the CHEF is an old woman who created her avatar, a young sexual being with exceptional talents that represent what a superhuman will be maybe a thousand years ahead. She uses her as an upcoming star chef by planning to reach out to hero's targets through their taste as long as the food they consumed specifically designed to control them is in their system.

THE 3 EYE HERO IS AN EXTRAORDINARY HUMAN BEING

The 3-EYED HEROINE in the SCENT is an old woman for an earthly time, but ageless in the universe who uses her avatar as a young and attractive woman by using her creations of perfume to manipulate and control her target's senses to alter their reality to bring her justice to the world.
THE 3 EYED HEROINE uses her unique scent made out of newly discovered elements to give her complete and total, physical, emotional, and spiritual control to influence other people's (her targets/the bad guys) senses and perceptions. It will make them see her as a young and beautiful woman that will allure all her targets to her total control. They will be under her spell as long as they smell her scent.​​

THERE WAS A BATMAN, NOW THERE IS A MERMAID..
THE 3-EYE HEROINE in the MERMAID is a girl who slowly evolves into a fully realized mermaid. Aside from the look, she has the power to channel and control the water around her and make it a weapon. She gets stronger at night, especially during a full moon. She uses all her gifts to protect her town.
LOGLINE
She was born an ordinary girl with a normal family. After surviving a boat accident when she was 12 and losing both of her parents, she starts to develop unusual traits like breathing underwater for a long time and extraordinary strength. Her grandfather saw this happen before and decided to train her how can control her powers while trying to save their beloved fishing town. 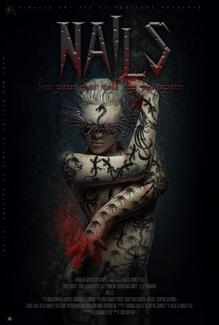 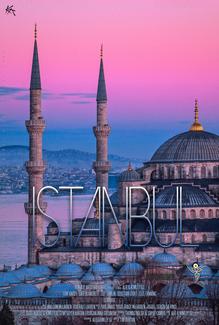 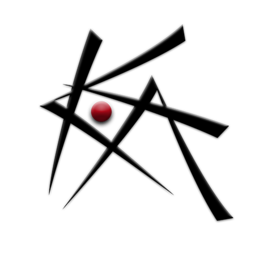 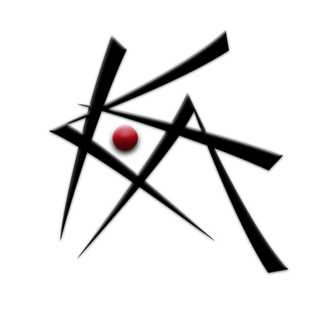 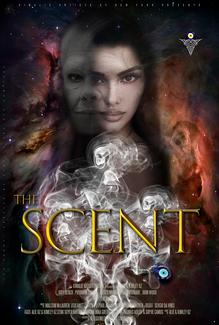 THE 3 EYED HEROINE in THE ONE is a girl with special powers like telekinesis, telepathy, and undeniable strength. She uses these gifts to protect the lives of the very people she loves and later on to the world.
LOGLINE
​She was created in a lab to make the perfect soldier. One of the doctors developed a bond with her when she was a baby and decided to save her from her chaotic and inhumane future by running away with her. She now has to train her how to live like a normal girl despite her obvious developing gifts.​​ 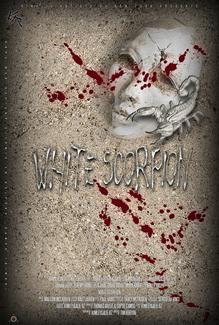 ​3 EYE HEROS IS AN AMAZING AND REVOLUTIONARY VISION CREATED BY KIMLEY AND ALIE OZ BASED ON SCIENCE NOT A FANTASY AS THE BLUEPRINT FOR THE FUTURE SUPER HEROS ORIGINATED IN DIFFERENT LEVELS FROM ORDINARY HUMANS TO EXTRAORDINARY HUMAN BEINGS TRANSFORMING FROM AND FUNCTIONING THROUGH THE CONSCIOUSNESS AND THE FIELD, THAT WILL TAKES US TO A COMPLETELY NEW LEVEL OF AN UNDERSTANDING OUR POTENTIAL TO BE A SUPERHERO AS HUMAN BEINGS.
I ENJOYED IMMENSELY THE REALIZATION OF THE POSSIBILITIES OF THIS VISION COULD BRING TO NEW-AGE FILMS, NOT ONLY AS AN ENTERTAINMENT AND AN INSPIRATION BUT AS AN EDUCATION, AND AWARENESS TO DISCOVER ABOUT OURSELVES AS HUMAN BEINGS AND OUR POTENTIAL TO GROW INTO THE AGE OF AQUARIUS.
THEY ARE THE FIRST WHO ARE DEVELOPING SUCH A VISION WITH ITS CHARACTERS, MY HAT IS OFF FOR THESE UNIQUE NEWCOMERS INTO OUR INDUSTRY,

THE 3 EYED HEROINES in the PEARLS GATE  are the 12 angels that graduated from being human and elevated to become half materialized beings before they become fully dematerialized energy and be part of the universe and consciousness.
LOGLINE
The Pearls Gate is guarded by twelve Angels chosen from the ones who suffered the most during their young life on earth.
For that, they were awarded to judge the sinners of the earth and made them decide if the seekers for mercy will continue to exist in the universe or their presence will be erased from existence.​​

The 3 EYE HEROES are Our original creations as the 21-century heroes based on science for the most part with the right amount of new perception of reality that will appear as fantasy to most. Awoke Heroes are created based on their capacity of connecting to the universe, to the field, and through consciousness which helped them to develop extraordinary power which an ordinary human being could reach once they reached the level of awakening, more ordinarily in the future, but even at the present times with the help of pure thoughts and cleansing of the toxicities of the world we have created and trying to survive in it, some of these senses could be achieved. Contrary to the OLD SUPERHEROES, the 3 EYED HEROES are functioning in most part based on new science regardless of how fantastic they may appear. They don't carry big hammers or shields, they don't fly or use high-tech gadgets. They use the human mind, the energy field, and consciousness to alter the simulation universe to change the limited perception of reality despite how fantastic it might sound to an ordinary person. Is The METRIX a FANTASY? or it is a DOCUMENTARY?

THE 3 EYED HEROES in "THE BROKEN FIELD" are the twin brothers who learned how to tap into 'The Field' with their father's creation. They can use it to control anyone who uses any type of visual and audio media and make them do anything at their expense.
LOGLINE
Twin brothers inherited their father's project about perfecting mind control using the "The Field". They learned how to tap into 'The Field' that's been around from the very beginning of time. But each brother has a different idea of how to use this knowledge. One of the brothers wants to correct human flaws to save humankind from itself, and his twin brother has a completely different idea in mind.​​ 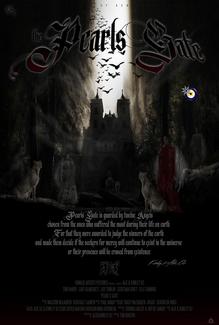 ISTANBUL​  FILM  - FRANCHISE / TV SERIES
THE 3 EYED HEROES in the ISTANBUL are the 5th generation brotherhood who inherited the power from their previous generations that became part of their DNA. It allows them to tap into the 'Field' and communicate with each other and affect real-life events by influencing matter, time, and energy.
LOGLINE
A 5th generation secret society brotherhood is protecting their oath by all means necessary against powerful enemies. In addition to their exceptional individual capabilities to achieve their impossible objectives, they do tap into the "FIELD" and communicate at higher levels, foresee the future, make things happen by influencing the energy that governs the universe, and turn their action into a fiction-like saga.

NAILS​  FILM  - FRANCHISE / TV SERIES
​THE 3 EYED HEROINE in the NAILS is a Gypsy girl who has exceptional tolerance to pain, not that she doesn't feel pain, but she can hang in there longer than the others while they are falling apart, and she uses this exceptionalism to exercise voodoo ritual on those who she targets to cleanse the world from bad guys.
LOGLINE
An unequaled Belle-Dam Real-life Voodoo doll a Cobra Gypsy descendent cleaning the Western society from its evil, choosing them from top-down, one person at a time, by torturing them to their suicide with the pain she is inflicting on herself. 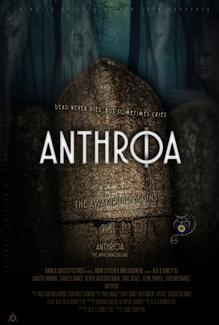 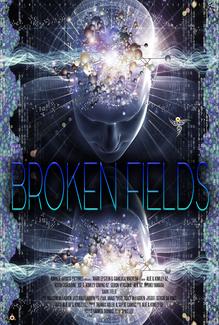 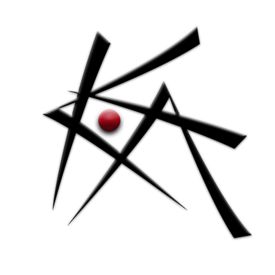 THE 3 EYE HERO IS AN ORDINARY HUMAN BEING
WHO IS CONNECTED TO THE FIELD/UNIVERSE/CONSCIOUSNESS.​ 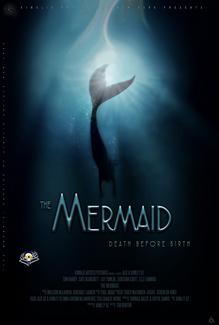 THE 3 EYE HEROINE in the CHEF is an old woman who created her avatar, a young sexual being with exceptional talents that represent what a superhuman will be maybe a thousand years ahead. She uses her as an upcoming star chef by planning to reach out to hero's targets through their taste as long as the food they consumed specifically designed to control them is in their system.
LOGLINE

THE 3 EYE HERO IS AN EXTRAORDINARY HUMAN BEING AND HER AVATAR
A GENIUS OLD WOMAN WHO IS CONNECTED TO THE FIELD/UNIVERSE/CONSCIOUSNESS  AND REALIZED HER FAMILY’S PATRIARCHS DREAM TO CREATE HER AVATAR BEFORE THE END OF HER LIFE TO USE HER TO ACHIEVE AN IMPOSSIBLE... 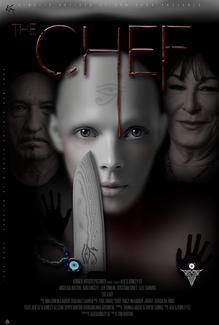 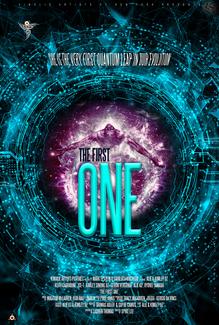 THE 3 EYE HERO IS AN EXTRAORDINARY HUMAN AND HER AVATAR
A GENIUS OLD WOMAN WHO IS CONNECTED TO THE FIELD/UNIVERSE/CONSCIOUSNESS  AND REALIZED HER FAMILY’S PATRIARCH'S DREAM TO CREATE HER AVATAR BEFORE THE END OF HER LIFE TO USE HER TO ACHIEVE AN IMPOSSIBLE... 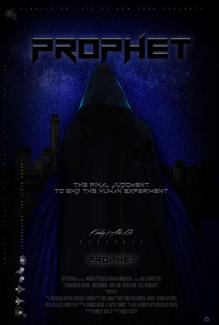 THE 3-EYE HEROINE in the ANTHROA is an ordinary 21 years old who cares deeply.. sincerely. She is not polluted by the life we are forced to live in. She senses that there has to be more than the life they say it is, and she connects with the lives that exist beyond what we call life. Therefore, she knows that what we call dead doesn't die, and this awakening gives her an insight beyond our so-called reality.
LOGLINE
In ordinary 21 years, old Anthroa lives her life for others with love and takes great pride and pleasure in cleaning the headstones of those who have been forgotten and communicating with them to keep their existence alive. On one of her visits to her favorite graveyard, on her 21st birthday, she’s contacted by a 9 years old dead girl to ask her help which makes her start realizing that she might be an Anthroids, a form of a 3 eye hero with powers that are generated from her consciousness. She decides to help the dead little girl.